rules we live by

1 – 2 – 3 – 4 – 5 – 6 – 7 – 8 – 9 – 10 – 11
Number One :
The most common source of failure in organizations does not come from trying new things—it is caused by the unwillingness to give up what is clearly not working. Leaders who make a decisive commitment to stop doing something, and stick to it, are on a greased path to eventual success.
Number Two :
Big change is easier than small change. Why? Resistance increases the closer a new idea is to an old one. Talk to a person who lost five pounds. Talk to a person who lost fifty pounds. One person changed a fundamental assumption about who they were and dug in for the long haul. The other person wanted to stay the same, just be a little thinner.
Number Three :
For genuine help to occur and sustain itself, communities must satisfy but immediately look beyond surface-level messages such as “I am hungry,” “I have no place to live,” and “I need a job.” The more urgent and more lifesaving message—for all of us—that the person is laying as a gift on our doorstep is: “How am I like you? In what ways do both of us know the feeling of being unwelcome for who we are and the gifts we have to offer? Together, what can we do?”
Number Four :
A good, honest question either reduces or increases suffering. People asking questions better have a good idea about when to speak and when to be quiet.
Number Five :
Communities can sustain themselves in a meager way with the absence of gifts, but thrive with the presence of gifts. If we acted on this idea, citizens now at the edges would be welcomed not as an act of charity, but out of the wisdom that every person has a significant contribution to make to his or her community. This is the fundamental principle underlying community sustainability and social change work.
Number Six :
Employees will not, in the long run, give to others what they are not getting for themselves. That’s why building solid relationships in workplaces is not frivolous or “extra” work. When employees begin to eliminate the obstacles to healthy relationships that exist between each other, they learn how to have those same relationships with the people they are serving. It is an absolutely necessary step on the road to quality services.
Number Seven :
All community activists, educators, and helping professionals are coming from one of two places. The first believes their hard work and success have put them in a position to help guide those less fortunate, and the second believes it is their life’s difficulties that have put them in a position to be able to help the other. People asking for help instinctively run from the first and pay attention to the second.
Number Eight :
Many organizations spend too much time blaming external forces for their problems. Outside obstacles are the primary source of passion and creativity. Rising up against them is what brings hope to the organization. No leader worth his or her salt spends even a minute blaming the monster. It is their friend.
Number Nine.
The struggle between the rules of social service/educational systems and the heart of the work is real, and it takes prisoners every day. There are ways to get the needs of both sides met, and we shouldn’t be satisfied with anything less.
Number Ten :
There’s a slow road and toll road. The slow road – INCREMENTAL CHANGE – gets you more of what you’ve got, just slightly better or faster. Leaders should encourage incremental change, but not use it as the fundamental model for organizational direction. The toll road – EXPONENTIAL CHANGE – can quickly result in large shifts in quality, enthusiasm, and hope. It is the wise leader’s model for change. But be prepared to pay the toll – someone, often the person or group you least expect, will eagerly try to punish you for taking that road. Welcome to leadership.
Number Eleven :
Keep going back to the idea of gifts. Everything healthy and unhealthy about an organization and those it helps can be traced back to whether or not action is based on the belief everyone has a gift. 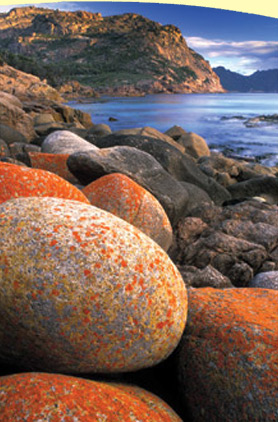 our customers say :
“They are very energetic and know what they are talking about. Everything has to do with real life and real jobs.”